The NFL recently scored a temporary victory in the Ezekiel Elliott suspension court case, but the running back’s lawyers still have a card left to play. A 2-1 decision by the court ruled the initial injunction filed by the NFLPA was premature, thus making the NFL’s six-game suspension of Elliott stick. 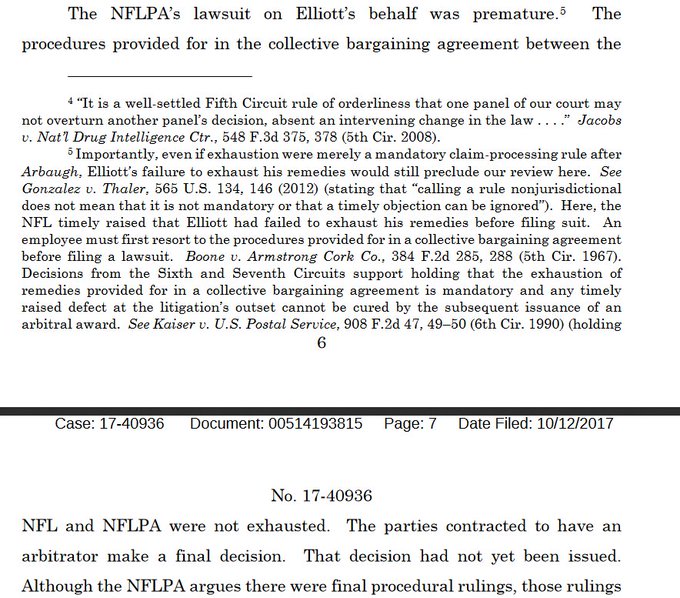 Here is the money shot on the Zeke appeal – the suit was premature. The NFL wins this round.

The NFLPA was quick to respond on Friday, filing a petition for a rehearing. And after Elliott’s lawyers get their petition in, the Dallas Cowboys star should be playing at least the next couple of weeks while the appeals process plays out once again, per Amy Dash of CBS Sports.

Based on the tenor of Elliott’s camp, and the vehement backing of Cowboys owner Jerry Jones, it seems safe to assume they are willing to take this all the way to the Supreme Court if need be.

What this means for Dallas, Elliott and his fantasy football owners — at least in the short term — is that the running back will continue to play on Sundays until there is no further recourse left to him as he fights the league.